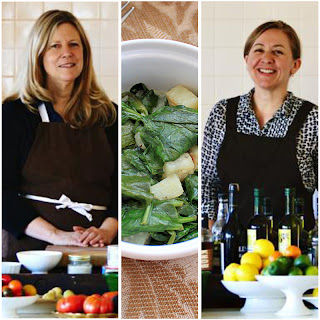 I was pleased to learn about the two ladies in the spotlight this week at #33- Christopher Hirsheimer and Melissa Hamilton, the dynamic duo behind Canal House Cooking, a food magazine that dishes out seasonal delicacies. They're the brains behind Canal House (opened in 2006), a unique little food and design studio that's quite intriguing to read about from other articles. It's apparently laid out like a kitchen, dining room, office, workshop, studio all rolled into one where they cook up delicious food, write, create recipes, shoot and much more. Hirsheimer and Hamilton have known each other for about 15 years and have a bunch of credits they each carry in their bags. Hirsheimer, a writer and photogrpaher, served as the food and design editor for Metropolitan Home magazine, and was a founding editor at Saveur magazine. She shoots food photos for Jacques Pepin, Lidia Bastianich, Mario Batali, and Rick Bayless. At the other end of the table, Hamilton, a chef, food stylist and recipe developer, has worked at Martha Stewart Living, Cooks Illustrated and also served as a food editor and director of the test kitchen at Saveur magazine. Both the ladies come from different cultural backgrounds - Hamilton's french heritage and Hirsheimer's california childhood - and that reflects highly in the food they lavish in their cookbooks.

When it was time to pick a recipe from their treasure trove, I first settled on their stewy roasted root vegetables. It looked so earthy and delicious that I couldn't resist. I'd planned to have the food and pictures all set by midnight Thursday so I could post it early on Friday.

So, I gathered all the ingredients and started roasting. Every time I peered into the oven to check its done-ness, the aroma from the roasted vegetables was so heavenly. I smiled contently thinking I had a success of a dish. But, then, things slowly didn't turn out as I hoped they would. It could also perhaps be that I just discovered I can't stand the taste of parsnips. In addition, the liquid quickly dried up and my vegetables had still not completely softened, so I had to add a little more here and there. It didn't help. When I tasted the final product, all I could think was 'Blech'! No offense to the lovely ladies, but it is most likely me making a disaster of a good recipe.


There went all my plans of having the recipe and post ready for early Friday! I went back to the drawing board and started hunting for new recipes. I decided to stick with something really simple so I couldn't mess it up again. And my eyes took me straight to their version of creamed spinach, and my heart and hands followed. 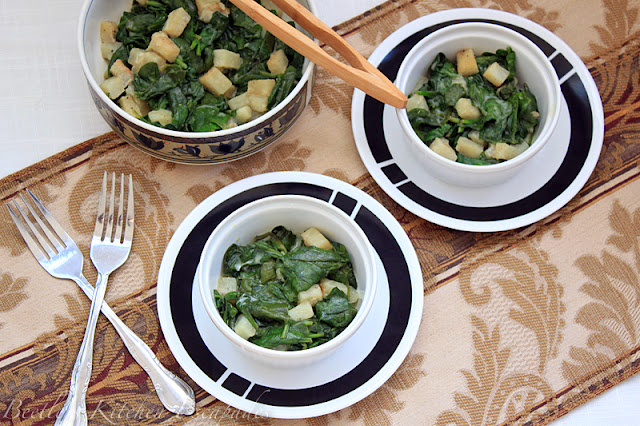 BOY, was I right to pick this one! This creamed spinach is one of the best I've ever eaten and the potatoes really add a new dimension to the dish. Me being thrilled with the results, is an understatement. I was grinning like a buffoon, is more like it! So, I hope you enjoy this as much as I did. Bon Appetit! 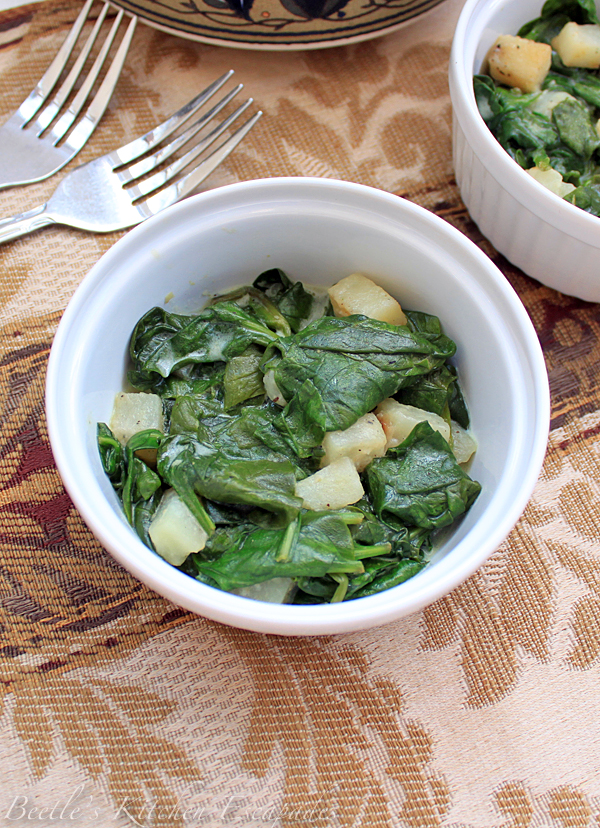 For the ginger-garlic paste

For the ginger-garlic paste, pulse the ginger, garlic, and a pinch of salt in a food processor or blender until smooth. Add a little water to thin the paste. Store in a covered container with a little olive oil on the surface. Keeps for about a week.

For the spinach, melt the butter in a large pot over medium heat. Add 1 big tablespoon ginger-garlic paste and cook for a minute, swirling it in the butter. Add the potatoes and stir until well coated. Season with salt and pepper. Reduce heat to medium-low, cover, and cook until tender but not browned, about 10 minutes. 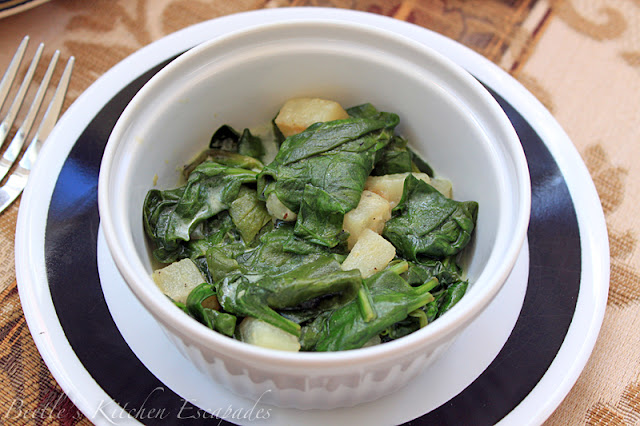