At #34, this week we have Ella Brennan, the queen of New Orleans cuisine. It is so strange that I was in New Orleans last year and never heard of Ella Brennan! Commander's Palace and Brennan's? Yes. Hurricanes from Pat O'Brien's? Oh yes. While reading about Ella, I wish there was more I'd learnt about her while I was in New Orleans because she is quite the restaurateur who's made an impact internationally. Unlike Paula Deen in Savannah, I heard absolutely nothing of Ella in New Orleans. Sad. Or maybe I just wasn't looking in the right direction.

Ella's story begins in High School when her brother, Owen Brennan, acquired a restaurant in New Orleans' French Quarter, which over the years gained its popular name, Brennan's. She criticized everything in the restaurant and didn't fail to tell her brother how she felt about the food either. So, Owen asked her to step in and prove her worth. And prove she did. By 18, she was practically running the restaurant, including operations. She had a voracious appetite for knowledge of the restaurant business and picked up as much as she could from tons of books she read and anyone from the restaurant arena she met. From there, she slowly worked her way up as a restaurant scion. She's had her share of ups and downs in life, battling through family feuds (she gave up working with Brennan's during the rift with Owen's family), growing her restaurant empire through acquisitions, including Commander's Palace, and also braving the shutting down of restaurants that didn't quite make the mark. But, in her entire career that spans over the last 65 years or so, she's forged on in taking Louisiana cooking worldwide and pioneering the notion of nouvelle Creole cuisine. In 1996, Commander's Palace was honored with the Lifetime Outstanding Restaurant Award by the James Beard Foundation and later, also with a Lifetime Service Award.

Now, Ella's not been known to cook though she has inspired and created some of the signature dishes you eat and hear of in New Orleans. One of those being Bananas Foster that she invented with the then chef of Brennan's (it is extremely strange that Martha Stewart features the exact same recipe as hers on her site). And that is what I chose for my weekly series feature. What's even better? I got to eat ALL of this deliciousness because the husband is allergic to bananas! Haha! 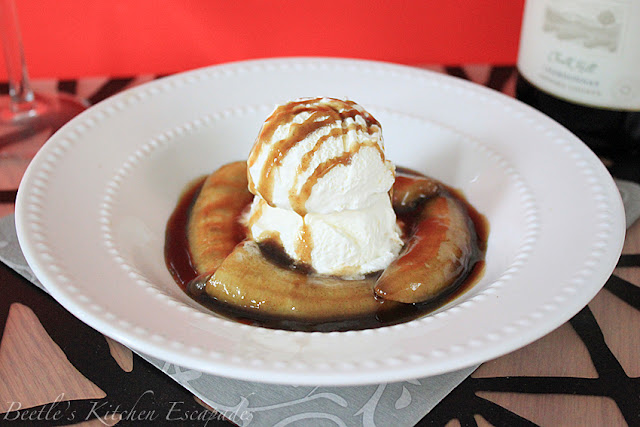 This dish absolutely strengthened my thoughts on butter and brown sugar being caramelized BFFs. I had to restrain myself from swiping at the mixture melting together because it is awesome! With the rum kicking in, the bananas that cook in this mixture take on a divine taste that you won't want to see the end of. I hope you enjoy! Bon Appetit! 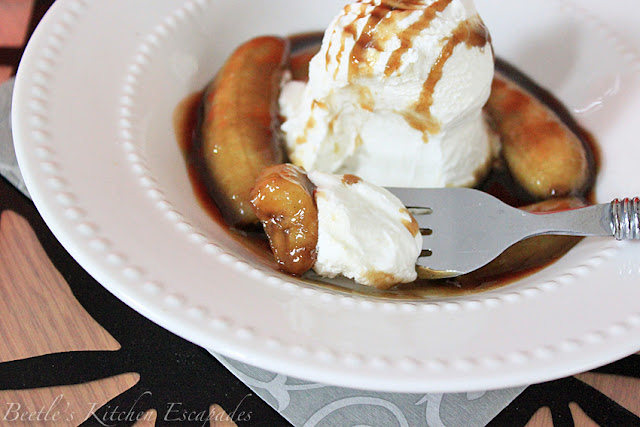 Ingredients and instructions:
On low heat in a skillet or heavy-bottomed pan, melt the butter, brown sugar and cinnamon. Once the sugar has melted, gently add the banana liqueur or the banana extract with water mixture. Put the bananas in, cut side down. Let it cook till it gets soft and the underneath starts browning.

This is where it gets interesting. Once the bananas are ready, slowly add the rum. Let the rum get hot and start smoking. Stand as far as you can and gently tip the pan on its side to ignite the rum. Once the flames subside, turn the heat off.

Serve your bananas with ice cream or Cool Whip, like I did, and drizzle with the warm sauce. 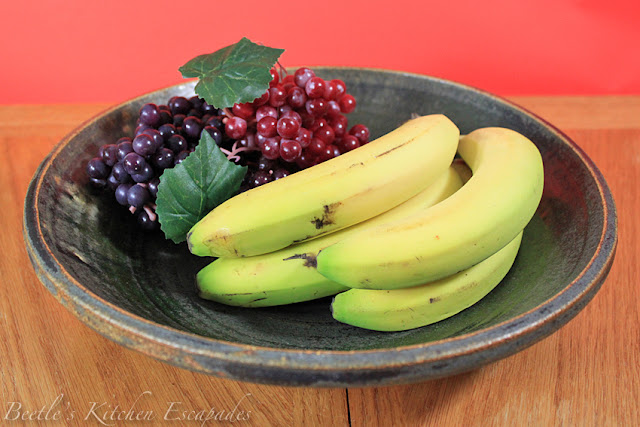