We have another inspiring story this week as we look back on the life of Edna Lewis, who's at #36 of Gourmet Live's 50 Women Game Changers in Food. Edna is one of the legends of southern cooking. She grew up in Freetown, Virginia, a town founded by freed slaves, one of whom was her grandfather. All the families in Freetown lived on farms and that's where Edna's foundation was established. Every morning, all of them would help harvest crops and vegetables and raise poultry, which was their basic livelihood. At the age of 15, when the great depression struck, Edna left Freetown in search of a better life. She landed in New York and sustained herself through odd jobs. She worked as a seamstress, window dresser and also in the office of the Daily Worker, a communist newspaper.

Edna loved cooking for her friends and slowly, her cooking started gaining popularity and praise among friends and acquaintances. In 1948, her friend, John Nicholson, an antique dealer, asked her to take on the role of head chef at the restaurant he was opening. The restaurant was a huge success and attracted famous guests like Tennessee Williams, William Faulkner and Truman Capote, who were regulars. She worked at the restaurant, serving up delicious southern food, until 1954.

She went on to travel, teach and write her own cookbooks. Her landmark book, The Taste of Country Cooking, was one of the first cookbooks by an African-American woman to reach a nationwide audience and is credited for starting the interest in genuine Southern cooking. While cooking for one of the festivals in Atlanta, she met Scott Peacock, who was in awe of her and wanted to follow her to learn everything she had to impart. Over the years, they both developed a deep friendship, working on recipes together, and even co-authored the popular cookbook, The Gift of Southern Cooking. Edna passed away in 2006, at the age of 89.

So, to honor her, I picked the recipe of Deviled Eggs, that was a dish Edna and Scott developed. This is a lovely, light appetizer that's both simple and tasty. It's extremely easy to whip up and highly customizable. Once you have the base, you can throw in either cayenne pepper to add a little bit of spice or add a herb to infuse some flavor. This is something ANYONE can make since all it involves is boiling an egg and mixing stuff with it. Unless, of course, the eggs you're working with don't co-operate with you. Like mine did. I use brown eggs that take much longer to cook and I can never figure out the right time to pull them out. So, I may have had to fight with the shell to get it off and it made my job a little harder to hide all the flaws on the outside of the egg white. But, otherwise, it's a fool-proof recipe! 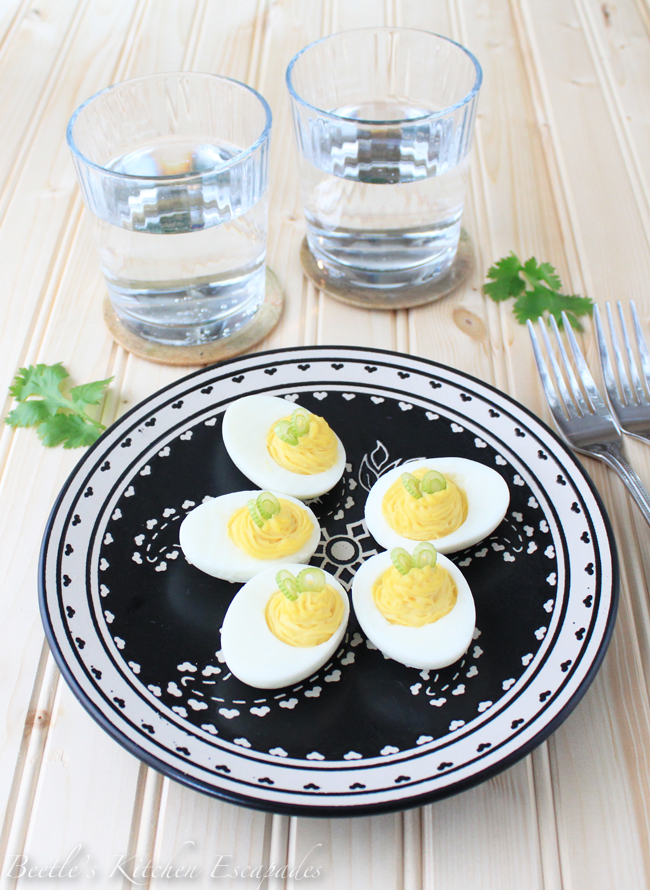 While preparing the eggs, I suddenly thought of mixing things up a bit and utilizing the egg mixture in a couple of different ways. It works beautifully as a cracker topping and I'd nibbled on all of them by the time I cleaned everything up! All you have to do is chop the egg whites into tiny pieces and mix it up along with the yolk mixture (this is perfect especially if you have un-cooperative eggs like mine that come out damaged when you try to take their shells off). Then, spread away on your favorite cracker. 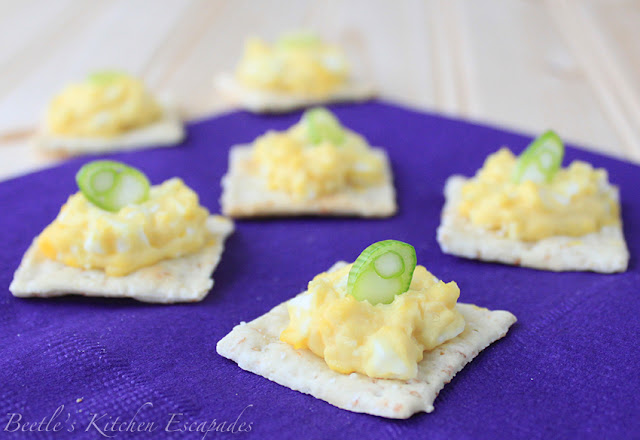 That same egg mixture can be used as a sandwich filling too. This is something familiar to me since my mom makes similar egg sandwiches. So, experiment and have fun with it! The possibilities are endless and limited only by your imagination! 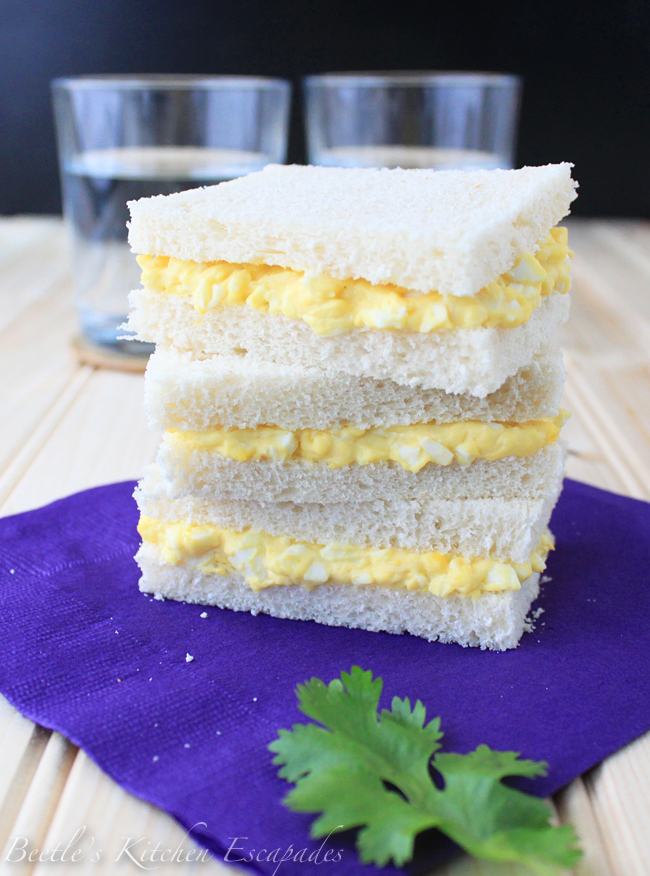 Ingredients and instructions:
Put the eggs in a large saucepan with water to cover by 2 inches. Add 1 tablespoon of salt and bring to a rolling boil over high heat. Immediately remove the pan from the heat, cover and let stand for 10 minutes. Pour off the hot water and fill the saucepan with cold water. Gently crack the eggs in the water to loosen the shells.

Shell the eggs. Cut a very thin slice from the bottom of each egg so the eggs will stand up. Slice off the top third of each egg and scoop the yolks into a coarse strainer; reserve the whites. Press the egg yolks through the strainer into a bowl. If you're too lazy like me to use a strainer, just mash them with a fork.

Blend in the mayonnaise, cream, sugar and vinegar. Season with salt. Using a teaspoon or a pastry bag fitted with a star tip, generously fill the egg whites. Arrange the eggs on a plate, sprinkle with the chives and chervil and serve. 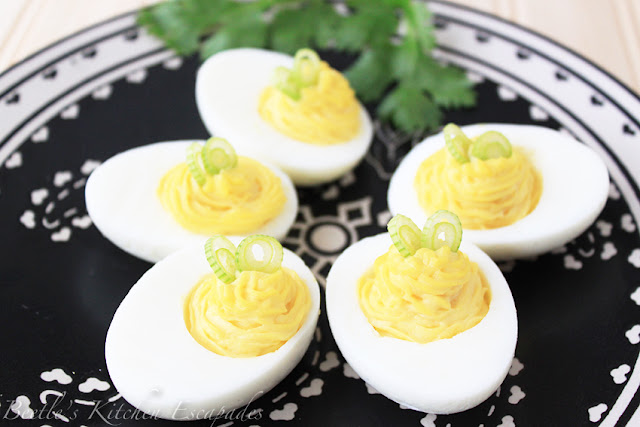