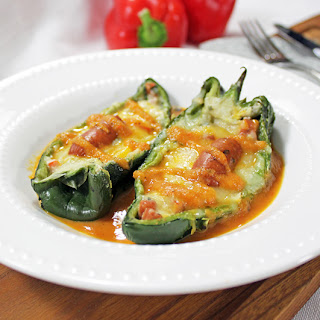 I just joined a group of bloggers (there's a list of who's participating at the end of this post), founded by Mary of One Perfect Bite, who are celebrating Gourmet Live's 50 Women Game Changers in Food. Each week, the group features one of the women ranked on the list (going sequentially) and make a dish of hers. The group's currently on #32. I'm sad that I missed 31 of them but, I'm glad that I jumped on the boat some time and best of all, one of my favorites, Ina Garten, is yet to come! :D


This week, at #32, we have Tracey Ryder and Carole Topalian. I'd never heard of them before but, once I researched them, it was interesting to read about them championing the cause of eating fresh, healthy food daily and helping people connect with resources to make that happen. They co-founded Edible Communities, Inc., America’s largest publishing company dedicated to the local foods movement, in 2002. The company currently publishes 70 titles across North America and is currently adding new magazines at a rate of 10 per year. The content for each publication is region-specific and focuses on the farmers, fishermen, chefs and food artisans from each area. They also launched their first cookbook, "Edible: A Celebration of Local Foods", in April 2010 and have 4 more in the pipeline. 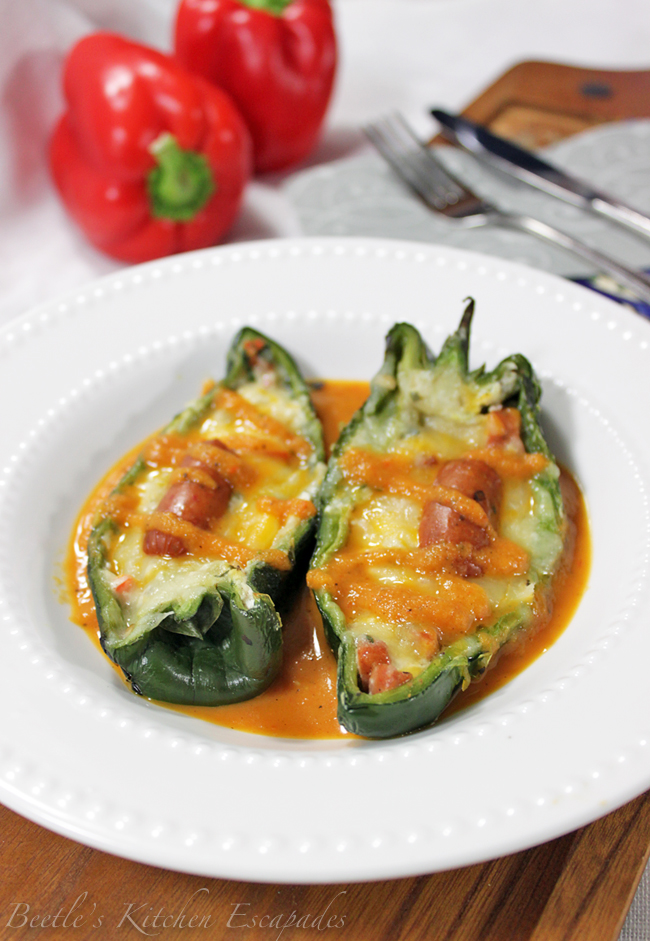 I naturally picked a recipe featured in their cookbook for my dish of the week for the series. And boy, was I glad I chose the one I did because these stuffed poblanos were beyond delicious. I am generally a very humble cook but, I couldn't stop gasping in wonder at how good it tasted, thanks to Tracey and Carole.

The goat cheese mixture with basil and cilantro is a dream (I ate spoonfuls of the mixture even before stuffing the poblanos, it was THAT GOOD) and the roasted red pepper sauce knocks this dish into the heavens and back!

There are still some notes I would make to myself. The recipe calls for roasting the peppers and chiles. Since I've never roasted anything on an open flame before, I was overly cautious. I think I removed them off the flame a little too early since I wasn't able to get all the skin off without spending hours on it. I just got what I could and left the rest on. Roasting them longer would've also made them softer and more tender. So, just be a little mindful of this if this is the first time you're roasting peppers too. Don't be worried about scorching them whole, they need to get as black as they can! 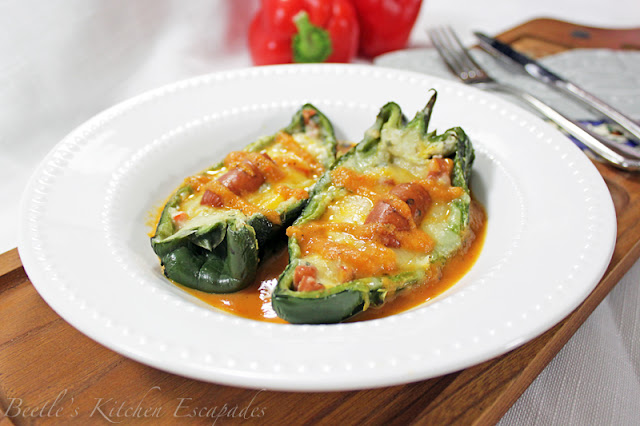 Roast and peel the poblano chiles and red peppers: Over an open gas flame (on the stovetop or outdoor grill), roast the chiles and peppers, turning with tongs for even roasting, about 5 minutes each (you can roast two or three at a time on each gas burner). You can use your oven's broiler as well, if you don't have a gas stove or grill. Make sure you get the chiles and peppers blackened and blistered all over. While they should be soft, be careful not to overcook them since they need to hold the stuffing while baking.

Make the stuffed poblanos: Preheat the oven to 350 degrees F. Line a 9- by 13-inch rimmed baking sheet with parchment paper or aluminum baking sheet. Carefully slit each chile down one side and remove the seeds, leaving the stems attached. In a medium bowl, combine the goat cheese, Panela cheese, chopped sausages, shallot, chopped red pepper, cilantro, basil, salt and pepper; stir well. Taste and adjust seasoning as needed. Divide the cheese mixture into eight equal portions. Place one portion into each chile, being careful not to overfill. Close each chile, overlapping the edges slightly. Transfer the stuffed poblanos to the baking sheet. Bake until just warmed through, about 10 minutes.

Make the sauce: Cut open the roasted red bell peppers; remove and discard the stems and seeds. In a medium skillet, heat the oil over medium heat. Add the shallots, garlic and Serrano chile and cook, stirring occasionally until the shallots are tender, about 3 minutes. Transfer the mixture to a blender. Add the roasted red peppers, chicken broth, salt and pepper. Blend until smooth. Add more broth as needed to reach the desired consistency. Taste and adjust seasoning as needed. Return the sauce to the skillet to warm slightly.

To serve, pour shallow bed of sauce on the plate, place a stuffed poblano pepper in the middle and spoon a little more on it. I cut my peppers in half, sprinkled a little more Monterey Jack cheese and baked them for a few minutes till the cheese melted.