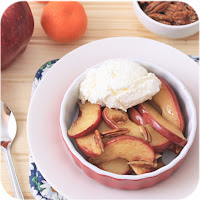 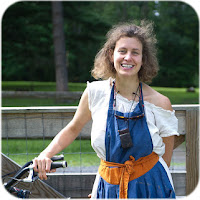 Out of the 50 Women Game Changers in Food that we're learning more about, I'm thrilled to see someone as young as Severene von Tscharner Fleming make it to the list. At age 30, she's an accomplished young farmer, film-maker and activist with an impressive list of achievements - she's helmed a documentary on agricultural farmers, founded an organization - The Greenhorns, co-founded the National Young Farmers' Coalition and kick-started a whole movement for young farmers across North America. Phew, I feel like I've done a lot just by reading her story and the passion with which she continues to do wonders to help the nation's farming infrastructure.

Severine hails from a family where her maternal side inherited a farm for six generations. She grew up on the farm and that foundation eventually had an impact on the path she chose to persevere in life. A graduate of UC Berkeley, Severine played an active role in college activities as well, and that's where the idea for her documentary was born. While organizing a film festival at college, she noticed that all films that looked into the prospects of farming and agriculture portrayed very grim scenarios. But, as part of a young farming community, she knew very well that was not the whole truth and there needed to be awareness of the great possibilities and opportunities for young farmers. She decided to document her journey in building a network of young farmers who shared the same vision and to use the documentary to reach out to others across the nation, to inspire, help, support and offer guidance. Greenhorns, the organization, is a non-profit that promotes, supports and recruits young farmers in the US. They produce content and communications for young farmers — including film, radio, a blog, wiki, a guidebook, press, workshops, conferences, a coalition, mixers, GIS mapping and more.


Since Severine is more of an activist and farmer, there aren't any recipes of hers online that we could use to highlight her work this week. But, their website has a link to blogs of others in their farming community. So, I picked one of them and found this extremely simple recipe for fried apples and pecans. 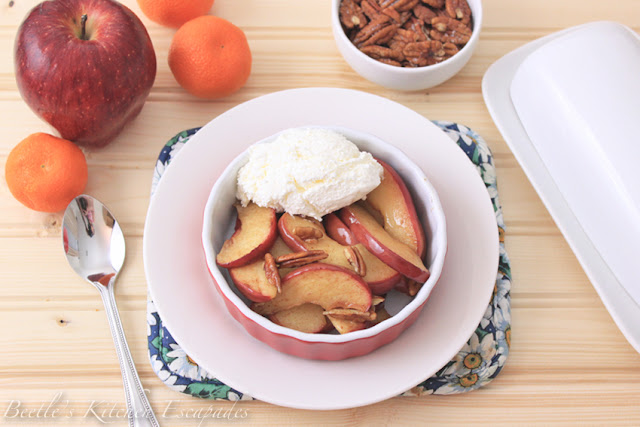 Don't be fooled by how simple the dish looks and how easy it is to make. The aroma that fills your house when your sauteing the apples in butter and cinnamon is like heaven in a pan. It is even more yummy than the smell of baking cakes. Oh. Nothing compares to it. This doesn't even need any sugar or accompaniments. The girl who'd made it recommended serving it with fresh whipped cream. But, I preferred it without anything because the apples had such a delightful flavor on their own. Just make sure you use juicy apples. 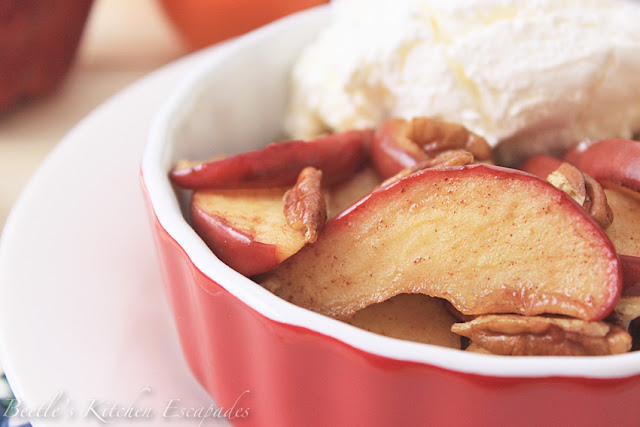 Fried Apples with Pecans (adapted from the blog, Make Wine & Cheese With Me)

Ingredients and instructions
In a saucepan, melt the butter on medium heat. Once it is melted, add the apple slices and stir till all the slices are coated with butter. Add the cinnamon powder and the lemons and mix well. Saute on medium low till the apples get tender and soft.

Remove the lemons and serve.


Here's a list of the other bloggers participating in this series. Do go over to their blogs to see what yummy dishes they've whipped up. If you'd like to join the group, please get in touch with Mary of One Perfect Bite.