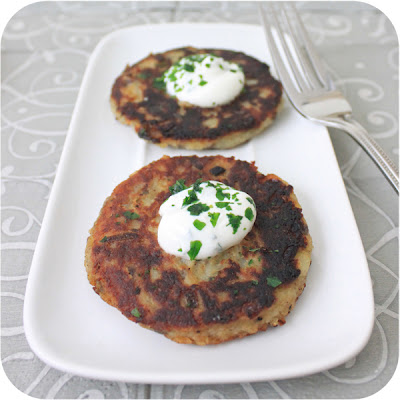 At #38 this week, we have Darina Allen, a culinary visionary and celebrity in Ireland. She's got two grand founding achievements under her belt - she's the founder of (a) the internationally renowned Ballymaloe Cookery School, Country Cork and (b) the first Farmers Market in Ireland. She still teaches at their family-run school and is actively involved in sourcing and setting up new farmers markets.


Her love for all things organic and locally-sourced also manifests itself in the way she runs the school, which is strategically located on a 100-acre organic farm. The emphasis of all teaching and operations at the school is on using the finest quality of home-grown and locally sourced ingredients and making a sustainable use of resources. The farm grows countless varieties of produce and seasonal goods, so students learn with the freshest ingredients possible and also experience first-hand the advantages of supporting your local farmers.


Besides being a chef and teacher, Darina has written many popular, award-winning cookbooks including Darina Allen's Ballymaloe Cooking School Cookbook (nominated for best international cookbook by the James Beard Foundation) and Irish Traditional Cooking (winner of the Langhe Ceretto Prize in 1996). She's also food-writer and has appeared on many television shows and series as well. Darina was named Cooking Teacher of the Year by the IACP in 2005, and was the recipient of an honorary degree from the University of Ulster in 2003. You can read more about her achievements on her website.

Now, Darina is exactly the kind of chef/cook I love learning about since I just discovered a whole treasure-trove of recipes on her website. It's an interesting mix of Irish and international recipes, which has now been added to my list of go-to sources. I had the toughest time choosing a dish for this week since I literally wanted to make ALL of them. Seriously! I'm going back to the website for more!


But, I settled on these gorgeous potato and caraway cakes. I couldn't stop myself from eating a couple while frying them. I was secretly very glad when the heart-shaped cakes lost their shape while frying because I used that as an excuse to demolish all evidence of its existence and sent them to my tummy. 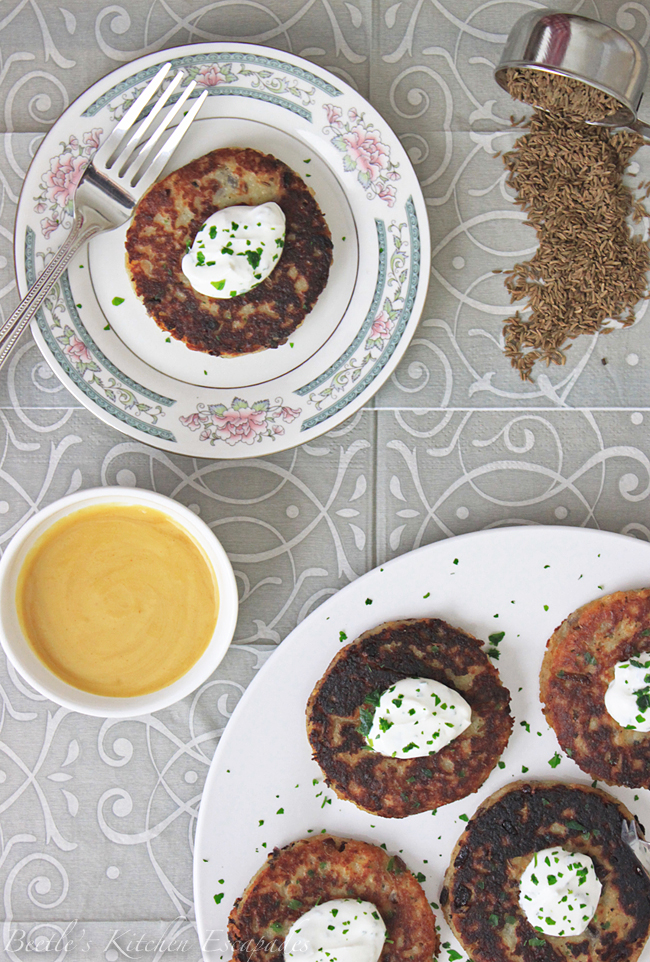 Now, if I didn't have this blog, I could've eaten up ALL the evidence of these cakes but, I believe that's the reason the husband keeps a tab on my blog. So, if I "forget" to give him something, he'll ask me for it. He's like the food-police around here, hunting down "missing" food! 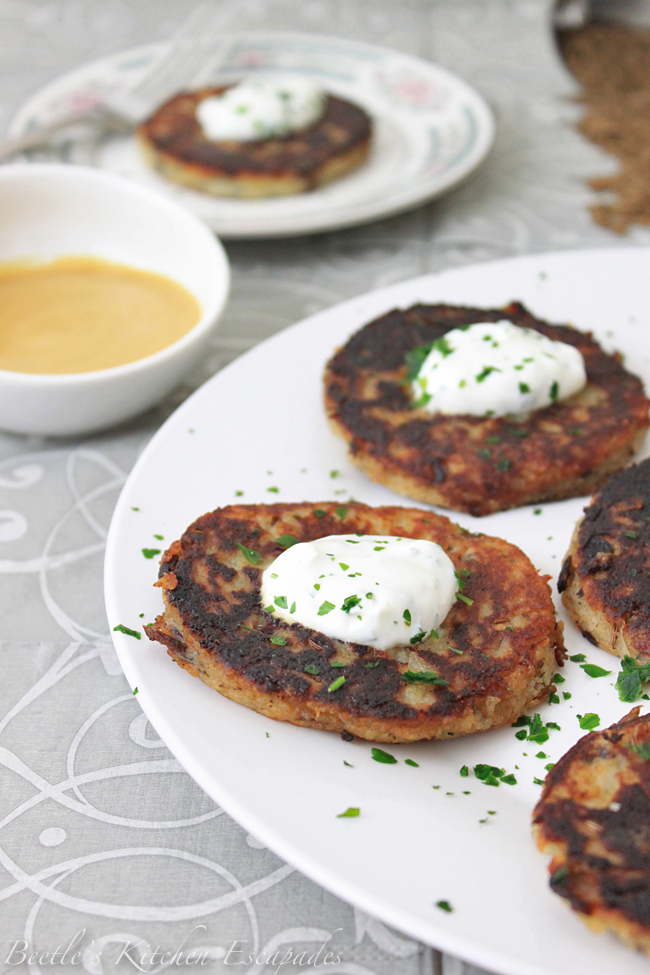 Ingredients and instructions:
Leave the jacket on your potatoes. Place them in a pan, filled with enough water to submerge the potatoes. Add salt and bring to a boil. Cook till potatoes are done. Meanwhile, on gentle heat, melt the butter and add the onions. Saute till soft, but don't brown them. Set aside.

Peel and mash the potatoes while still hot. Add the onion and butter with the caraway seeds and chopped parsley. Season with salt and freshly ground pepper. Add the flour and mix well.

Knead a little until smooth, roll out and stamp into potato cakes with the top of a glass or a cutter. Alternatively, divide the dough into 2 rounds and cut into farls (like slicing a pizza).

Fry in melted butter on a hot pan until golden on both sides. Serve hot.

I served mine with a dollop of sour cream mixed with chopped parsley and also home-made honey mustard (just mix equal portions of honey and mustard). 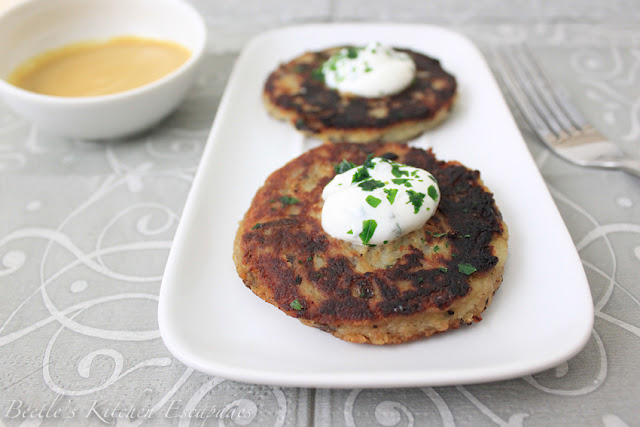 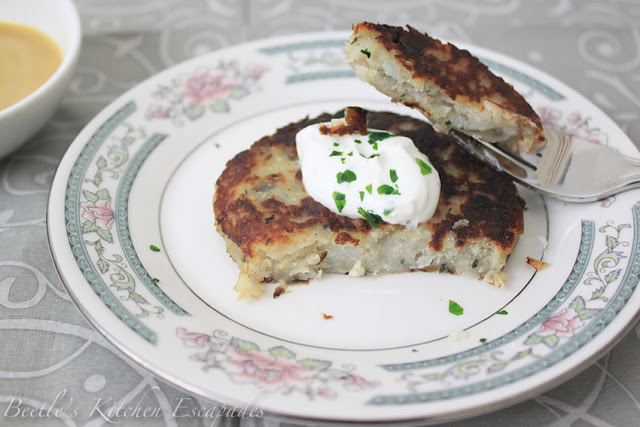